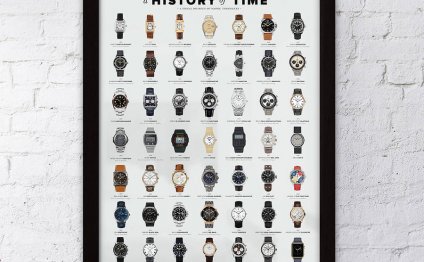 The history of time lapse photography owes a great deal to scientists and visual artists, but its origins can be traced to a racetrack — and the rumor of a whopping bet.

Photographers still used metal or glass plates in the 1870s, when what was arguably the first time lapse photography took place. Leland Stanford, a railroad tycoon and former California governor, was enjoying his success as a gentleman owner on the horse racing circuit. Horse aficionados of the day were locked in debate over whether all four hooves of a trotting or galloping horse ever left the ground simultaneously. Stanford was convinced they did, but nobody’s eyes were good enough to tell for certain. To find proof, he hired Eadweard Muybridge, a rather eccentric Englishman who’d once been a bookseller and would eventually be convicted of justifiable homicide for the murder of his wife’s lover, but who also had become an internationally recognized photographer while living in California.

It took five years of sporadic experiments between 1872 and 1878, but eventually Muybridge worked out a series of cameras, with a trip wire to each, placed roughly every two feet along a track one of Stanford’s horses then ran. The horse’s legs or surrey wheels tripped the wires, which triggered the cameras in sequence, each a split-second later than the last. While the purpose of these experiments was to freeze the horse’s motion at every point in its stride to determine once and for all if the horse’s hooves always contacted the ground, when the images were combined, the time that elapsed between each image also made it the first time lapse photography, albeit with multiple cameras.

Legend says Muybridge’s work for Stanford settled a $25, 000 bet on the question of whether horses went completely airborne, but historians agree that this is probably a myth. What’s more certain is that Muybridge’s work, which continued, pioneered stop-motion cinematography and set a foundation for the invention of motion pictures.

Muybridge went on to photographic studies of the movements of other animals, and his work drew international attention from scientists, artists, and the earliest filmmakers. Over the next 50 years, others would contribute to the development of more practical means for taking and displaying the “moving” photographic images. Successive images shot by the same camera were an obvious improvement.

The History of Time Travel - Trailer

With respect to human history, timekeeping is a relatively recent human desire—probably 5 to 6 years old. It was most likely…