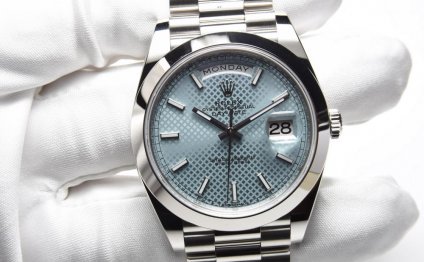 As we await the arrival of a new year, we reflect on how much difference a year (or several) can make when comparing one watch to its predecessors. WatchTime looks back on the first of three iconic watches that demonstrates how a classic timepiece changes over time. First up: the Rolex Submariner.

The Rolex Submariner was launched in 1953 and quickly developed into a classic divers’ watch. It was initially water resistant to 100 meters but that was increased to 200 meters the following year. The design followed the demands of diving as a sport: good legibility in light and darkness, a rotating bezel for general timing of a dive and a water-resistant steel bracelet.

Several changes were made to the Submariner model that was introduced in 1959, Reference 5512. The case was enlarged from 36 mm to 40 mm and a crown guard was added, as well as a wider, more deeply ridged bezel with a minutes track for the first quarter hour. This model had the “Mercedes” hour hand, which was added to the Submariner’s dial in the first half of the 1950s. The three-part division of the hand ensures that surface tension holds the luminous material in place. It is still a distinguishing feature of the Submariner today. Another design change seen on this model was the shift of the luminescent dot from the end of the seconds hand toward the middle. This change was made in 1956.

The Submariner from 1966, Reference 1680, shows how function can affect design. Here, a new movement with a date indicator and the intention of presenting the date as prominently as possible resulted in the “Cyclops” lens date magnifier, which would become an iconic feature on the Submariner and other Rolex models.

The first Submariner with a date display was Reference 1680 from 1966.

Additional technical modifications made in 1979 affected the Submariner’s design. The luminous markers on the dial were set in metal frames, which made them appear smaller. But other changes could not be seen: the change from a Plexiglas to a sapphire crystal and the increase in water resistance from 200 to 300 meters.

Reference 16800 from 1979 has a sapphire crystal and additional water resistance.

The latest design changes to the Submariner were made in 2010: the size of the markers was increased and the minutes hand was made wider. The displays were enhanced with the new, in-house luminous substance called “Chromalight, ” and the shiny black bezel was now made of scratch-resistant ceramic. These last improvements are both technical and visual – a combination that should play a role in the reworking of any icon.