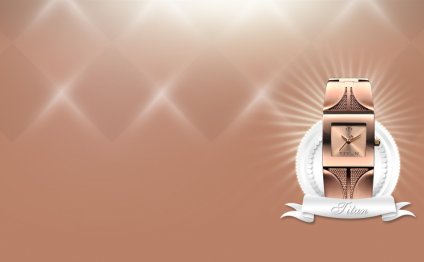 Titan Industries Ltd is the world's fifth largest wrist watch manufacturer and India's leading producer of watches. The company is engaged in manufacturing of watches, jewelry, precision engineering and Eyewear. They produce watches under the brand name Titan, Fastrack, Sonata, Nebula, RAGA, Regalia, Octane & Xylys. They export watches to about 32 countries around the world. They manufacture precious jewellery under the Tanishq brand name. Titan Industries Ltd is a joint venture between the Tata Group, and the Tamil Nadu Industrial Development Corporation (TIDCO).
Titan Industries Ltd was incorporated in the year 1984 and commenced their business in the year 1986. The company set up an integrated watch manufacturing facility at Hosur in Tamil Nadu in the year 1987 with initial technical know-how from Europe and Japan. In October 1992, they came with a right issue to the part of finance for its expansion programmes. In the year 1995, they diversified into Jewellery under the brand name of Tanishq to capitalize on a fragmented market operating with no brands in urban cities. Apart from the domestic market, the company started the manufacturing of watches for several prestigious international brands during the year 1997.
In the year 1998, the company launched the second watch brand, Sonata. In the year 2003, the company leveraged their manufacturing competencies and branched into Precision Engineering Products and Machine Building. They diversified into fashion Eyewear by launching Fastrack Eye-Gear sunglasses, as well as Prescription Eyewear. The company's Precision Engineering Division supplies precision components and also manufactures dashboard clocks as OEM to car manufacturers in Europe and America. The division also provides fully integrated Automation solutions.
During the year 2004-05, the company launched two brands namely Fastrack sunglasses and Tommy Hilfiger Watches. They entered into the fragrance business through launch of Evolve and these are available in UAE, OMAN and Bahrain. During the year, the company set up a new watch assembly unit at Baddi Himachal Pradesh with an assembly capacity of 2 million watches per annum. In the year 2005, the company launched their second Jewellery brand under the name of Gold Plus aimed at the mass market and for capitalizing on the opportunity in small towns and rural India.
During the year 2005-06, the company merged their Retailing team and Customer Service and rechristened as the Retailing Services Group. They launched XYLYS, a new brand in the fast growing premium 'Swiss Made' market segment. The brand was launched in Mumbai, Delhi, Bangalore and Hyderabad. In the next year, they expanded their footprints to 11 towns of the country.
In January 2008, the company launched their all-new collection of chronograph, multifunction and retrograde watches with international styling, Octane from Titan. The collection embodies speed, energy and power. Also, they made a tie-up with Sankara Nethralaya for a technical collaboration for training optical store personnel for Titan Eye+, the optical division of the company. In April 20087, they set up large World of Titan showroom in Lahore a Titan exclusive store in Karachi. In June 2008, they made partnership with the World Wildlife Fund (WWF-India) to spread awareness about some of the most endangered species in India through a collection of uniquely designed Titan watches.
During the year 2008-09, the company entered the US Jewellery market with the opening of two Tanishq Stores, one each at Chicago and New Jersey. They expanded their retail network by adding 135 new stores (1, 78, 235 sq.ft.) across watches, jewellery and eyewear businesses. As per the scheme of amalgamation, three domestic subsidiary companies, namely Samrat Holdings Ltd, Questar Investments Ltd and Titan Holdings Ltd were amalgamated with the company with effect from April 1, 2007.
During the year 2009-10, the company expanded their retail network with a net addition of 52 stores (81, 267sq.ft.) across Watches, Jewellery and Eyewear businesses. They added one more Tanishq Boutique Retail Chain, which was the first of its Large Format Store strategy set for the Brand. This store spans across 20, 000 sq.ft on Usman Road, Chennai, considered to be the hub of Jewellery buying in South India. Also, Gold Plus closed one of its stores in Bheemavaram in view of its low market potential and presently has 29 stores in 29 towns. Eyewear expanded its retail chain to 82 stores.
In March 29, 2010, the company established one more assembly unit at an excise duty free zone in Uttarakhand State, with a production capacity of 5.0 million watches per annum having-a total built up area of 4, 500 sq mtrs.
During the year 2010-11, the company expanded their retail network with a net addition of 122 stores (724503 sq.ft.) across Watches, Jewellery and Eyewear businesses. They also entered into the South African market with the launch of their products. Their 'World of Titan' network grew to 311 stores by the end of the financial year 2010-11. They launched two flagship stores, in Mumbai and Delhi.
During the year, the company launched collection of watches, such as Purple by Titan, an offering of fashion watches; Raga Aqua, a new collection whose evocative designs were inspired by the oceans and seas; Tycoon by Titan, a new collection of gold look watches; and new products in the automatic watches range, which cater to premium consumers.
In January 2012, as per the scheme of amalgamation, Tanishq (India) Ltd was amalgamated with the company. In March 29, 2012, the company commenced commercial production in their new integrated state of art Jewellery Unit set up in the excise free zone in Pantnagar, Uttarakand. The new Pantnagar Unit has been commissioned at an approximate cost of Rs. 15 crores for the manufacture of studded jewellery and is estimated to achieve a turnover of Rs. 250 crores during the financial year 2012-13.