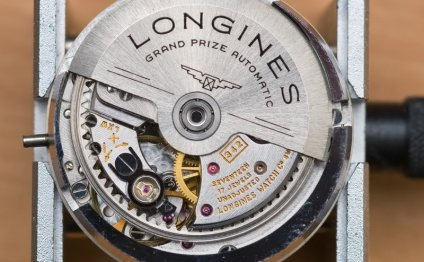 Longines’s Master Collection Retrograde has an exclusive movement with no less than four retrograde functions. How does it hold up under WatchTime’s exacting scrutiny? Find out in this in-depth watch test from our archives.

When Longines made the decision to add to its classically styled Master Collection line a complicated watch with multiple retrograde displays, it considered several options for where it would get that watch’s movement. The brand, a member of the Swatch Group, covers the mid-range price niche, bridging the gap between lower-priced Tissot and Hamilton and higher-priced Omega, and its budget for movement-making is accordingly limited. Thus, the simplest option would have been to use an existing base movement from ETA — the movement supplier that is Longines’s sister company in the Swatch Group — and add a module from a specialist such as Dubois Dépraz. However, Longines CEO Walter Van Känel wanted an all-new movement for the Master Collection Retrograde — one that would be exclusive to Longines — and directed the specialists at ETA to create one.

For its part, ETA welcomed the challenge, using as its canvas the Valgranges line of calibers, descendants of the classic Valjoux 7750, which are known for their large size and reliable rate performance. The results were not one but two reliable, user-friendly and, above all, high-performance calibers, each of which uses the traditional cam-and-rack construction. Version A07L21 (designated Caliber L698.2 by Longines) has four retrograde displays; version A07L11 (Longines Caliber L697.2) has three.

Caliber L698.2 has retrograde displays for the date, the day of the week, the time in a second time zone and the continually running seconds hand at 6 o’clock; Caliber L697.2 leaves out the seconds hand and replaces it with a power-reserve display at the same position. The Master Collection Retrograde watch in our test contains Caliber L698.2. (Photos can be enlarged with a click.)

The case is large, 44 mm in diameter, and the dial is easy to read.

Close scrutiny of the movement reveals some unexpected attributes. The first surprise comes when you extract the crown to its middle position to set the time: the hand on the seconds display continues to run, but the hands on the three other retrograde displays abandon their previous positions and move clockwise into a sort of waiting position. A Teflon-coated guide ring ensures that the racks fall onto the cams and thus disengage simultaneously. When they’re in this position, the hour hand can be set in hourly increments without stopping the seconds hand or influencing the position of the minute hand. If you need to reset the minute hand, pull the crown out all the way and turn it. In this position, the seconds hand stays stopped where it was when the crown was fully extracted. There is no return-to-zero mechanism for the seconds hand; the movement’s developers decided not to include one because it would have made the watch significantly more expensive.

The day and date are set using the buttons at 2 and 4 o’clock, respectively.

The case is very smooth but the lugs and crown are liable to scratch your wrist when you put the watch on.