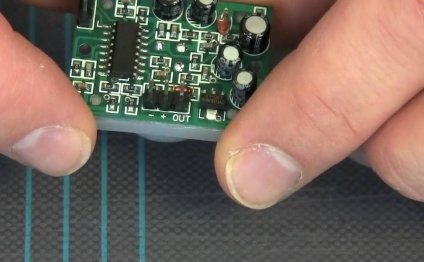 How to make a water alarm clock?

In the ever lengthening stretch of the concept known as innovation, it never ceases to amaze what someone out there is developing. Better put, what they are trying to raise money to develop. Case in point, a crowdfunding campaign on Kickstarter is currently in progress for a device called for DrinClock.

DrinClock, the brainchild of Awakening Creative Co. Ltd., is an alarm clock device with a built in thermal module that warms up a mug of water at a set time.

One fills the unit’s thermal mug with water, closes the lid, and sets the temperature and wakeup alarm before going to sleep. Before the alarm wakes the user, DrinClock starts warming up the water in the mug. Once waken by the alarm, the formerly unconscious user can drink a mug of warm water.

Of course this presumes that the user wants to drink a mug of warm water first thing after waking, as opposed to first making room for drinking a fluid. Also, the reason for developing this little slice of ‘innovation’ rests on various reports claiming that consuming a warm cup of water with lemon after waking up can be the best way to start a day, or night, depending on one’s schedule.

It has been a personal experience that one can pretty much do the same thing with a product common to most households. The device in question is called a programmable coffee maker, which can also be used to brew tea, and, obviously, make hot water that one can add lemon to or any other substance.

But, I digress. If the DrinClock tickles your tonsils, more information is available at . At least it’s not just a 1980’s alarm clock in a briefcase.

How to Make An Alarm