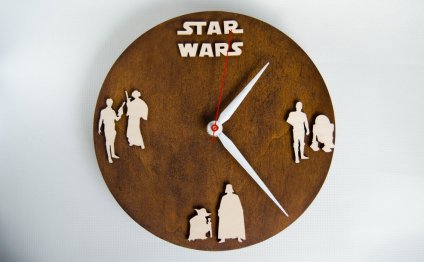 The fact that Leonardo never put restrictions on his inventiveness is marked by the wide range of inventions he sketched and the number of years he spent on ideas for water-powered machines. Given the volume of seawater encompassing him while living in Italy, it was perhaps inevitable that a steady wave of aquatic-based creations would flow from his brilliant mind, including Da Vinci’s personal alarm clock, a highly-unsophisticated and rather rough mechanism.

Ticking on the Brain
Da Vinci’s sleep pattern supposedly consisted of napping for 30 minutes every 3.5 hours during daytime. Called the “sleep of geniuses” or polyphasic sleep, in more technical terms, it is a routine that permits the individual approximately 21 total hours of time awake during a 24-hour period without feeling tired. There has been much speculation over whether or not this disciplined method of sleeping contributed to Da Vinci’s enormous talents. And did it perhaps contribute to his enthusiasm in inventing an alarm clock?

The writings found in Da Vinci’s Codex Madrid manuscripts convey his relentless fascination with time-keeping devices. Taking into account the ongoing interest in the practice of tracking time during the Da Vinci era, and the Renaissance man’s obvious curious nature, it is not surprising that an alarm clock would greatly entertain Leonardo’s mind as a practical concept. Although he created several different designs, including the sand clock, his signature time-measuring instrument was arguably the water-operated clock with its integrated wake-up system.

Rise and ShineThe operation of Leonardo’s alarm clock, or “water clock” was quite elementary. Based on his diagrams, the device would trigger an alarm by the simple collection of a set quantity of water dropping into a reservoir at brief intervals. Once the container was full, it would overspill into another container which, when full, would activate a series of levers that would suddenly prop his feet up into midair, stirring him awake.

In order to be fairly accurate, designing the clock required the study of space and motion. Leonardo first examined the various flow patterns inherent to water, and the fluid’s natural course when released in increments from specified heights onto surfaces set at different angles. Grasping these principles was key to securing his clock’s time-keeping abilities.

A Modern Touch to a Primitive Clock Concept
Inspired by Leonardo’s original idea, designer Marc Owens conceived a slightly updated “Da Vinci alarm clock” in the new millennium for the Yanko Design company. Like its predecessor, it operates in a very basic way, except Owens’ creation comes in a small wooden box with a large dot matrix display window illuminating either “SLEEP” or “AWAKE”. That is all. Though it resembles a present-day clock, it does not show the actual time; it only indicates whether the user should be asleep or awake.

Turning the unit “on” automatically puts it in “AWAKE” mode. The internal timer will then immediately begin counting down from 3 hours, 30 minutes. When it reaches “0”, a loud alarm is triggered as the display switches to show “SLEEP” mode (the alarm remains active until the reset button is activated). At the end of a 30-minute period, the box will once again sound an alarm to notify a change back to “AWAKE” mode, the according message displayed on its face. This recycling 4-hour pattern remains in effect until the user turns the unit “off”.