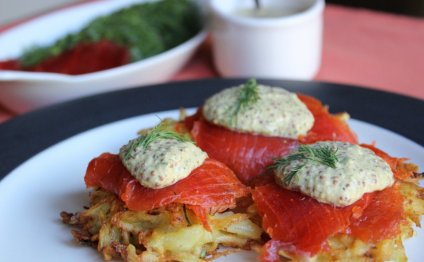 There is a Clock ringing deep inside a mountain. It is a huge Clock, hundreds of feet tall, designed to tick for 10, 000 years. Every once in a while the bells of this buried Clock play a melody. Each time the chimes ring, it’s a melody the Clock has never played before. The Clock’s chimes have been programmed to not repeat themselves for 10, 000 years. Most times the Clock rings when a visitor has wound it, but the Clock hoards energy from a different source and occasionally it will ring itself when no one is around to hear it. It’s anyone’s guess how many beautiful songs will never be heard over the Clock’s 10 millennial lifespan.

The Clock is real. It is now being built inside a mountain in western Texas. This Clock is the first of many millennial Clocks the designers hope will be built around the world and throughout time. There is a second site for another Clock already purchased at the top of a mountain in eastern Nevada, a site surrounded by a very large grove of 5, 000-year-old bristlecone pines. Appropriately, bristlecone pines are among the longest-lived organisms on the planet. The designers of the Clock in Texas expect its chimes will keep ringing twice as long as the oldest 5 millennia-old bristlecone pine. Ten thousand years is about the age of civilization, so a 10K-year Clock would measure out a future of civilization equal to its past. That assumes we are in the middle of whatever journey we are on – an implicit statement of optimism.

The Clock is now being machined and assembled in California and Seattle. Meantime the mountain in Texas is being readied. Why would anyone build a Clock inside a mountain with the hope that it will ring for 10, 000 years? Part of the answer: just so people will ask this question, and having asked it, prompt themselves to conjure with notions of generations and millennia. If you have a Clock ticking for 10, 000 years what kinds of generational-scale questions and projects will it suggest? If a Clock can keep going for ten millennia, shouldn’t we make sure our civilization does as well? If the Clock keeps going after we are personally long dead, why not attempt other projects that require future generations to finish? The larger question is, as virologist Jonas Salk once asked, “Are we being good ancestors?”

The Clock’s inventor introduced the idea of the Clock (in 01995) with this context:

I cannot imagine the future, but I care about it. I know I am a part of a story that starts long before I can remember and continues long beyond when anyone will remember me. I sense that I am alive at a time of important change, and I feel a responsibility to make sure that the change comes out well. I plant my acorns knowing that I will never live to harvest the oaks.

I want to build a clock that ticks once a year. The century hand advances once every 100 years, and the cuckoo comes out on the millennium. I want the cuckoo to come out every millennium for the next 10, 000 years.

What Does The Clock Say? - Preview

3rd Grade Presents "What Does the Clock Say"

What the clock can tell us about the EU

1500-1300 BC Sundial first used in Egypt to measure the time of day by the sun s shadow. Hours are shorter in winter and…