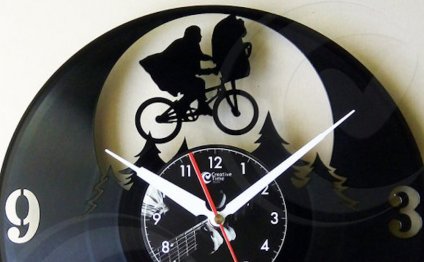 MEDFIELD, Mass. (WHDH) - For more than 80 years, or more than 700, 000 hours, the Electric Time Company in Medfield has been in the business of time.

Chances are, if you've seen a clock tower at Disney World, New York City or Norwood, it was made by this local company.

Every hour and minute spent in the factory ensures you run on time out in the world.

"It's interesting, " said Waterjet Operator Frank Taylor. "I've always been interested in clocks and gearing and all that."

Taylor makes intricate clock parts using a waterjet, which slices through metal at 55, 000 pounds per square inch. The waterjet can cut dozens of parts every few hours.

Taylor said it took him a couple months to get it right.

Every clock needs at least two hands, and they come in all different shapes and sizes.

The clocks- some modern, some more traditional - are sent all over the world. It's not uncommon for employees to see their work abroad.

"We tend to point that out, " said Vice President of Design David Cournoyer. "I do that with my family all the time. They're kinda sick of hearing it at this point."

Most employees at Electric Time Company have been there for 10 and, in some cases, 20 years.

James Gongoleski started just five months ago. Before, he worked at a major car company for 23 years- a job that always had him up against a clock.

"I thought it was kinda funny that, for years, I'm trying to beat that clock, " he said, "and here I am making them."

Guinness Clock - "Made of More"

Personalized Clocks - How they are made