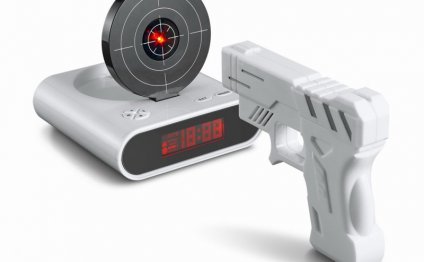 Today we take knowing the time and the day of the year for granted but for our ancestors it was far more difficult. Until mechanical clocks were invented in the 13th century there were various ways of telling the time.

The earliest method of telling the time of day was the sundial. It is not known when the sundial was invented but they were certainly used in Ancient Egypt and Ancient Iraq. They are also mentioned in the Old Testament. Other ancient civilizations such as the Greeks and the Romans also used sundials. Over time sun dials gradually became more accurate and they remained a common way of telling the time until the early 19th century.

About 1400 BC the Egyptians invented the water clock. It consisted of two containers of water, one of which was higher than the other. Water flowed along a tube from the higher container to the lower at a steady rate. Rings were marked on the inside of the lower container and when the water level reached one it meant another hour had passed.

The Saxons used a candle clock. A candle was divided into segments and it took an hour for each segment to burn.

A sundial on Chichester Cathedral

The mechanical clock was invented in the Middle Ages. Who made the first one and when is not known but it was around the end of the 13th century. In 1309 a clock is recorded in a church in Italy. The oldest working clock in the world is in Salisbury Cathedral. It dates from 1386 and it has no dial. Instead it chimes the hours. (Our word clock comes from the Latin word for bell 'clocca').

Early clocks were normally in churches and they were very heavy because they were worked by weights. However about 1450 the coiled spring was invented and it made possible portable clocks. The first watches were made in 1510. In the 16th century some rich people had clocks in their homes but they were very expensive.

Early clocks were not very accurate but in 1657 Christiaan Huygens introduced the pendulum. Clocks became far more accurate though they were still set using sundials.

In Britain each town had its own time and it was not standardized until the 1840s with the coming of the railways. International time zones including Greenwich Meantime were formed in 1884.

However sundials were used long after clocks were invented. In the Middle Ages and the 16th century many people carried pocket sundials. Several pocket sundials were found on the Mary Rose, which sank in 1545. Shakespeare mentioned a sundial in his play As You Like It: 'and then he drew a dial from his poke'. (A poke was a bag).

Even in the 18th century clocks were a luxury. In 1726 Lady Farringdon added clocks to Chichester Market Cross. At the time they were very expensive and it was a very generous act.

Calendars Through the Ages

The phases of the Moon last approximately one month so it was easy for ancient people to measure that length of time. However every society needs a length of time shorter than a month but longer than a day so the week was invented.

In 45 BC Julius Caesar introduced a new calendar with 12 months. He also added a leap year.

In 1582 Pope Gregory 13th introduced a new calendar. The calendar went forward 10 days and century years (like 1800) would no longer be leap years unless they were divisible by four. Britain adopted the Gregorian calendar in 1752 but in Russia it was not adopted till after the revolution of 1917.

In the early years of Christianity there was a dispute over the date of Easter. In 325 the Nicean Council decided it should be on the first Sunday after the full moon after the Spring Equinox. That is why the date of Easter changes each year.Christmas is, of course, Jesus' birthday. However it is very unlikely Jesus was really born on 25 December! In ancient times most pagans held some kind of mid-winter festival. Instead of abolishing the old pagan festivals the Church took them over and 'Christianized' them. In 354 AD 25 December was fixed as the birthday of Christ.

At the end of the 5th century a monk named Dionysius the Short introduced a new way of calculating dates. Previously dates were calculated from the foundation of Rome. Dates were now calculated from before the birth of Jesus (BC) or before Christ and in the year of Our Lord (AD or anno Domini). However Dionysius miscalculated and Jesus was actually born at least 4 BC.

Before the Reformation people would often record the date by writing Saint so-and-so's day rather than writing the day of the month. Many saints days were days of rest and our word holiday is derived from holy day.

In an agricultural society life was dominated by the seasons. The old word for Spring was Lenten (related to our word lengthen because the days lengthen at that time). Later it came to mean the days before Easter and it was shortened to Lent. The word Spring was first used for this season in the 16th century.