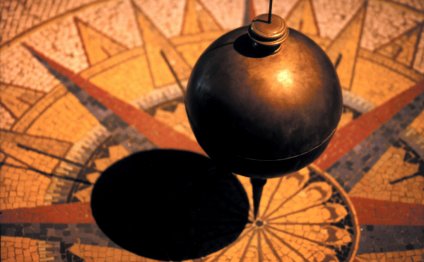 Who invented the pendulum clock?

In 1656 Dutch mathematician, astronomer, physicist and horologist Christiaan Huygens invented the pendulum clock in 1656 and patented it in 1657. This technology reduced the loss of time by clocks from about 15 minutes to about 15 seconds per day.

"Huygens contracted the construction of his clock designs to clockmaker Salomon Coster [of The Hague], who actually built the clock. Huygens was inspired by investigations of pendulums by Galileo Galilei beginning around 1602. Galileo discovered the key property that makes pendulums useful timekeepers: isochronism, which means that the period of swing of a pendulum is approximately the same for different sized swings. Galileo had the idea for a pendulum clock in 1637, which was partly constructed by his son in 1649, but neither lived to finish it. The introduction of the pendulum, the first harmonic oscillator used in timekeeping, increased the accuracy of clocks enormously, from about 15 minutes per day to 15 seconds per day leading to their rapid spread as existing 'verge and foliot' clocks were retrofitted with pendulums.

"These early clocks, due to their verge escapements, had wide pendulum swings of up to 100°. In his 1673 analysis of pendulums, Horologium Oscillatorium, Huygens showed that wide swings made the pendulum inaccurate, causing its period, and thus the rate of the clock, to vary with unavoidable variations in the driving force provided by the movement. Clockmakers' realization that only pendulums with small swings of a few degrees are isochronous motivated the invention of the anchor escapement around 1670, which reduced the pendulum's swing to 4°-6°. The anchor became the standard escapement used in pendulum clocks. In addition to increased accuracy, the anchor's narrow pendulum swing allowed the clock's case to accommodate longer, slower pendulums, which needed less power and caused less wear on the movement. The seconds pendulum (also called the Royal pendulum) in which each swing takes one second, which is about one metre (39.37 in) long, became widely used. The long narrow clocks built around these pendulums, first made by William Clement around 1680, became known as grandfather clocks. The increased accuracy resulting from these developments caused the minute hand, previously rare, to be added to clock faces beginning around 1690" (Wikipedia article on Pendulum clock, accessed ).