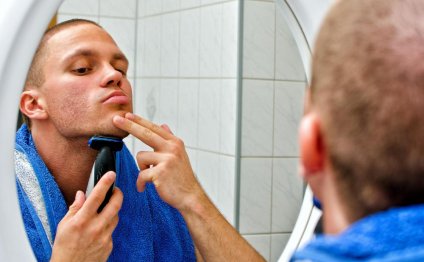 What is 5 o clock shadow?

Finally. After weeks and weeks of context about the war in Afghanistan, about the U.S. mission, about the enemy, we finally get some insight on the character at the center of the story: Bowe Bergdahl. It’s been a looong time coming. And I’m sure I wasn’t the only listener who was getting itchy feet, wondering if it might be time to bail on the second season of Serial.

I’ve been bellyaching for a while now about the lack of Bergdahl this season. It was like watching a play where the main character all but disappears from the drama for the entire second act. But all season long, host Sarah Koenig has been promising to alternate between widening the focus on Bergdahl’s curious decision to leave his base without warning in 2009 and zooming in on Bergdahl, the man at the core of the mystery. In Episode 6, she and the Serial team finally made good on that promise, giving us the best portrait yet of our enigmatic protagonist since the hook-baiting Big Tease of the first episode. I’m back on the hook.

The episode, which is titled “5 O’Clock Shadow” for reasons you’ll soon understand if you haven’t listened to it already, opens with Bergdahl himself talking to his interviewer Mark Boal about his debriefing with Gen. Kenneth Dahl after he was released from captivity by the Taliban. He tells the incredulous Boal that the report he gave Dahl amounted to more than 380 pages. That’s a lot of testimony considering that the report didn’t even touch on Bergdahl’s imprisonment, merely his deployment before he walked off his base. This is his side of the story. His rationale – as strange as it may sometimes sound – for abandoning his post. And it gives us the best account yet of what Bergdahl’s mindset was before he was captured.

Koenig paints Bergdahl as a paradox – a young man who yearned to be a “good soldier” who also walked off on his mission, his platoon mates, his country. In interviews with some of his fellow grunts from his time in Afghanistan, we get a picture of someone who was a bit of an odd duck, an introvert. Bergdahl didn’t drink, or joke about women, or play videogames like his platoon mates. He wasn’t into the standard-issue “grab-assery, ” one of them says. Instead, he read, listened to classical music, tried to learn Pashto, and smoked a pipe. He was kind of a nerd, they say. But he was also a good soldier, the kind of guy who maybe had a picture of what war meant painted by movies and novels. He hated the drudgery of his company’s day-to-day assignment, he wanted to see action. He wanted to be in the s—. He wanted to know what it was like to be marked by war, so much so that when given a cushy cot to sleep on at his base, he stripped the bed of its mattress and slept instead on the sharp cold metal springs with a tomahawk held against his chest.

In Afghanistan, Bergdahl’s unit was given the mission to basically win the hearts and minds of the locals. There wasn’t much combat. It wasn’t Full Metal Jacket or a Sgt. Rock comic. It was 21st century touchy-feely war. Then, his unit finally did see combat and it wasn’t what he imagined it would be. Even though it got hairy, he wasn’t even allowed to discharge his weapon. Then, when the unit returned to base after having risked their lives, Bergdahl was shocked to hear his commanding officer berate them for having a week of stubble on their faces. Not “thanks for your bravery” or “good job, ” but what the hell is that five o’clock shadow doing on your faces?

This, in Bergdahl’s telling, seems to be the match that lit the fuse that would eventually lead to his fateful decision to go AWOL: the lack of concern by his commanders for the men serving under them. Bergdahl became frustrated. Then a second incident amplified his disillusionment. At their remote outpost in Mest, Bergdahl and his fellow soldiers were tasked with digging foxholes in the blinding heat. The sun was so oppressive that they took off their body armor and helmets and unlaced their boots. A photographer from the U.K.’s Guardian newspaper captured images of them out of uniform. And when this got back to their commanding officer, he lit into them again, chewing them out. Bergdahl couldn’t understand this reaction. He thought the commanding officer was more concerned about how he looked than how they looked.

While Bergdahl’s frustration is certainly understandable, his higher-up certainly has a point. They were in hostile territory, in the open, without protection. They could have gotten killed. Still, Bergdahl didn’t see it that way. He saw it as a tipping point in his unit’s morale. “That’s why I ended up doing what I did, ” he says.

Bergdahl has maintained all along that the reason he walked off from his post was to go tell his higher-up’s higher-ups that they had a leadership problem at his base. After listening to him in “5 O’Clock Shadow, ” it’s hard not to see that he might be telling the truth. But it’s still his truth. Was getting harshly reprimanded in the army really such an unexpected thing to happen? I mean, it’s the friggin’ army!

Shaving As A Social Statement : What do you think about ...