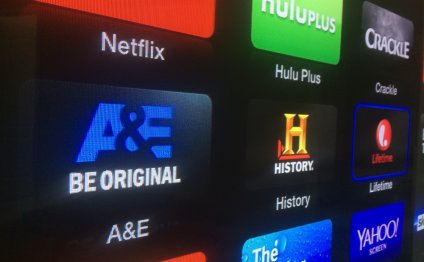 Watch hours of Vikings, Pawn Stars, Ancient Aliens, and more. All of your favorite HISTORY shows are available wherever and whenever you want, right on your iPad, iPhone or iPod touch.

The HISTORY app is a great new way to access full episodes and clips from all that HISTORY has to offer. New content is added all the time. PLEASE NOTE: HISTORY CONTENT IS ONLY AVAILABLE TO STREAM IN THE UNITED STATES.

The HISTORY app allows you to:

•Watch full episodes and clips of your favorite HISTORY shows including Pawn Stars, Vikings, American Pickers, Swamp People and many more.
•Create a customized Watchlist of your favorite shows.
•See exclusive clips from HISTORY shows, never before shown on television.
•Explore the Topics section for a selection of clips about the most fascinating categories of history

The HISTORY app is free to use. If your TV provider is supported you can sign in and get access to even more content including live TV. More TV providers coming very soon!

Please note: This app features Nielsen’s proprietary measurement software which will allow you to contribute to market research, like Nielsen’s TV Ratings.

To learn more about the digital measurement products and your choices in regard to them, please visit for more information.

Has become one of my favorite channels

I prefer to choose my programs instead of watching what Neilson picks. Lots of great shows are canceled for reasons that have nothing to do with the quality of the program. I don't watch sports, Fox News, Children's TV. But I love Sy-fy, ID, History, A&E to name a few. I hate having to watch reruns that others pick for me. But, I have shows that I can and do watch many times. Keep up with the future and let the people watch what they want. I will watch 10 minutes of commercial to at the start of a show to be able to watch an episode straight through. Channels would make a lot more money making it easy for people to watch what they want on their schedule rather than a network schedule. With digital counting it would be easy to track gross numbers watching and gage popularity. It's the future and I for one am ready for a change inn the way we watch TV.

Your repetitive commercials are driving me insane!

I have been using apple devices for many years and this is the only review I have ever posted. I'm mentioning that so you understand how frustrated I am. I'm a big fan of your programs especially Vikings. I have been looking forward to catching up on the last 3 episodes on my Apple TV. The problem is you keep repeating the same commercials over and over again to the point that is driving me crazy. Especially that Jason Stratham (who I was a fan of) one for LG(who's tv's I love). I swear it has played 100 times in the last 2 hours sometimes 3 times in a row! The music of the commercial is like finger nails on a chalkboard by now. Had I seen it once it would've been fine but after the 20th time I'm pulling out my hair and it has literally made my head hurt. My excitement for catching up on one of my favorite shows has giving away to the feeling of insanity that I imagine one can only find by being tortured by the "Chinese Water Torture" method. Please stop playing that commercial and have more then 5 or 10 played.

I have begun watching the Billion Dollar Wreck. The subject i find is very interesting but the production is very poor. I have never watched a program that is any slower or more repetitive than this show. after now watching 5, 1 hour programs I have gained probably 15 to 20 minutes of actual knowledge on the subject of diving for the treasure. I am very surprised that the history channel would allow a program that is so poorly produced to be aired on their channel, it really is liking watching a programmed that was produced by someone that is ADHD or drugs since the program bouncing all over the place. Would not recommend watching the whole series just the first and last week and you should get the whole picture of what actually took place in those two episodes.

Rated 12+ for the following: