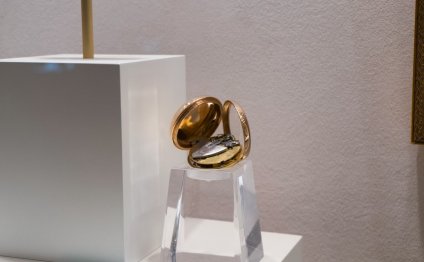 When was the first pocket Watch made

Whether you’re an avid watch collector or just an individual interested in the history of the pocket watch, there’s a long and interesting story behind how one of the world’s most popular accessories came into existence that you’ve got to hear. Pocket watches have been around since at least the 14th century, and over the years they have evolved into the timepiece we know today. With time, watches in general have shrunk in size (and in use according to some) and have incorporated new types of technology to make them more accurate.

A pocket watch is a type of timepiece that is designed to be worn within a pocket. Unlike regular watches, which have bands and are made to be strapped to the wrist, the pocket watch is protected from the elements by the clothing of the wearer. Pocket watches date back to a time before wrist watches and they were even considered the most common type of timepiece until just after World War I when wrist watches became more popular.

The pocket watch is traditionally secured to a waistcoat, lapel or belt loop with a chain, leather strap or other type of fixture. This prevents the watches from being dropped or easily stolen. The first pocket watches also included a protective cover that prevented the face from becoming scratched or shattered. The chains and covers were usually decorated with either silver or coloured enamel. Coats of arms or seals of special societies were commonly used as decorations on the watches.

Some of the first pocket watches also included practical gadgets in their design like winding keys, a vesta case or even a cigar cutter. These added gadgets increased the usability of the watch and gave it an added appeal to consumers. Pocket watches with built-in gadgets are also popular amongst watch collectors as the added gadget tells a story about the time during which the pocket watch was produced and in use.

One of the first historical references of the pocket watch can be found in a letter dated in November 1462 from an Italian by the name of Bartholomew Manfredi. The watchmaker sent the letter to the Marchese di Mantova Federico Gonzaga and detailed a pocket clock that belonged to a mutual acquaintance, the Duke of Modena. It was after this letter was sent that spring-driven pocket clocks first appeared in Italy. By 1524 the practice spread and Peter Henlein, a master locksmith, began manufacturing watches in Germany. Watch production spread to the rest of the world, gaining popularity rapidly. Early pocket watches only had an hour hand as the minute hand did not appear on the clock face until the late 17th century. In the late 1830s, the first American pocket watches were produced using machine-made parts.

There are 2 basic styles of pocket watches available: open-face and hinged. Hinged pocket watches are sometimes called Hunter pocket watches. If the watch has a hunter-case, then the watch will use a hunter-style or geneva-style crystal. Hunter-style crystals are typically thin and fragile. They can be flat or slightly convex, but they must always be low enough to allow the watch lid to close. Replacing a broken hunter glass is difficult as it must be high enough to not interfere with the arms of the watch, but low enough not to impede the cover. Typically, the glass of a hunter style watch is only 0.4mm to 0.5mm thick, so it winds up being quite fragile. This is one reason hunter watches should never be closed by pressing on the center of the cover.

The other type of watch is the open-faced watch. These watches have no cover and the dial is exposed at all times. The dial is protected by a slightly thicker glass cover than is found on hinged pocket watches. Many vintage styles that have survived to today have an open style. The crystal of these watches have a bevelled outer edge. It was not a stylistic choice – it actually gives the watch dial a defined outer edge. Most open faced watches have a bevelled crystal ranging between 1mm and 1.5mm though some can be as thick as 2.5mm.

While most open faced and hunter style watches are made with a metal case, briefly ceramic and even glass cases were used. Glass pocket watches are usually only displayed as the glass makes them quite fragile. It also provides a clear and unhindered view of the watch’s inner workings, which many watch enthusiasts enjoy.

Ceramic watches made an appearance briefly as well. The ceramic cases were more fragile than metal cases, making them less practical. However, the ceramic case could be painted with various crests and scenes, for one-of-a-kind pieces that quickly gained collectibility. Ceramic watch cases were also heavier than metal cases, making them more difficult to carry and store. They eventually declined in popularity due to practical reasons.

Other unusual watches include those with painted dials. Whether it’s a Harley or a sunset, painted dial watches are typically purchased for the art on the dial rather than the quality of the timepiece. Sailors had a history of purchasing painted-dial watches containing images of ladies of ill repute. Images can be added to plain watch dials by specialists that specialise in creating images on the dial of a watch.

The first watches worn were designed in the 16th century in Europe. They were sized between a traditional clock and what we think of as watches today. The “clock-watch” was made to be attached to clothing or worn on a chain around the neck. These designs were quite heavy and cumbersome. Most were made with a drum-shaped brass cylinder that was engraved and ornamented. The first watches only had an hour hand and lacked the glass covering that has become almost universal in watch design. They did however include a hinged cover. Decorative cut-outs allowed the watch to be read even with the cover in place.

The movement of the watch was made with either iron or steel and the parts were held together with specially shaped wedges as screws were not used until after 1550. Alarms were popular features in the watches. Unusual shaped watches soon became popular after the first clock-watches were introduced and designs featuring animals, stars, flowers, insects and religious symbols were soon made.

When was the First Car Made - MERCEDES.BMW.PORSCHE and the ...

The first pocket letter I made!