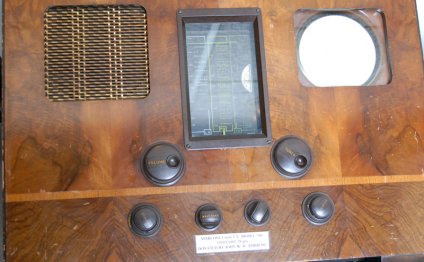 When was the first clock invented

This is the 2nd post in a series of posts that are set to explore the history of timekeeping. In our first chapter we covered the earliest attempts of mankind to keep track of the date.

However, while highly sophisticated calendars already existed 5-6 thousands years ago, clocks are somewhat a newer invention. In this post we will cover the birth and reincarnation of one mankind’s most brilliant and fundamental inventions ever.

The First Clocks: Obelsiks And Sundails
It’s believed that the Egyptians were among the first to divide the days into hours (they probably copied the methods of the Sumerians, which were the first, though this civilization left nothing behind). Obelisks were widely spread throughout Egypt, in 3, 500 BC and are thought to had functioned as early forms of sundial clocks.

At about 2000-1, 500 BC, the Egyptians began dividing the days and nights into 12 almost equal parts. Astonishingly enough, this division of time remained until today, after being adopted by the Greeks and later on by the Romans.

Many Historians presume that in 560 BC, a man named Anaximander introduced the Greeks with the middle-eastern sundials. But the Greeks, which have already mastered the science of geometry by then, upgraded it a bit.

Water Clocks – The Indoor Solution
The Egyptians were probably among the first to also develop water clocks, which were used indoors and on cloudy days -3, 500 years ago!

Just like with the sundials, the Greeks adopted the Egyptian water clocks and perfected them into semi-mechanical instruments.

Over the next 1, 500 years to come, many new forms of clocks will emerge. For example, marked candle clocks, incense clocks and many more – however, water clocks will remain the most popular and accurate form of time measurement, even though they too had their limitations.

One successor of the water clock is the hour glass, which researchers believe was invented in 150 B.C at Alexandria. It didn’t really “catch on” until the beginning of the “Discovery Age” in the 14th century, when Europeans began sailing frequently across the world. Since water clocks could not sustain their accuracy over the waves, the sailors turned to sand-based versions.

During this period the hourglass became highly popular, leading to common usage of them for other purposes, such as measuring cooking time in kitchens, ceremonies in churches and even recesses at work place. However, the “golden ages” of the water clock and hourglasses will soon fade, as a new, revolutionizing invention was on the horizon.

About Time: The Mechanical Clocks And The Pendulum Revolution
In 996, the soon-to-be pope Sylvester II invented the first fully-mechanical clock, though the technology didn’t turn popular for a long time. This was because crafting and maintaining them required high technical skills and since they weren’t very accurate. The reason that were born in the hands of the church was because medieval religious institutions required clocks as daily prayer and work schedules were strictly regulated. The mechanical technology remained to be a practically exclusive property of the church until the 15th century, when they were finally started to be used for secular purposes.

One of the final steps in the evolution of clocks was made in in 1656, when a Dutch man named Huyhens studied Galileo Galilei’s theory, that the swing of a pendulum can be used to power a clock. Huyhens set himself to the task, succeeding in designing a clock, which for the first time in history, would err only a few seconds per day. Mass manufacturing of the pendulum clocks soon began in England, leading to their spread throughout the world. From this point and until the 20th century, this technology will dominate the scenery of time keeping

However, during this period, another trend began to take place. One that unlike the pendulum clocks, will not perish when reaching the modern era – the wearing of . But their tale will be told on our next post…

When was the first timepiece invented ?

When was the first Computer Invented

When was the first automobile invented?

Developing discipline is all about doing the little things right. Small wins can set the tone of your day, including the…

In a series of posts on Twitter, Professor Dawkins suggested 14-year-old Ahmed might have wanted to be arrested , and criticised…