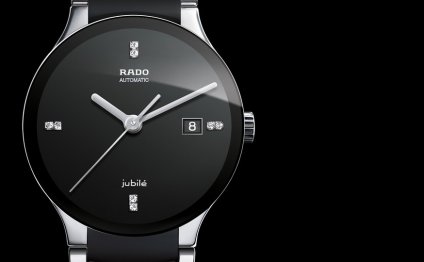 
Following the 40th anniversary of Rado's iconic DiaStar scratch-proof watch from 1962, iW ran my first article on vintage Rado automatic watches. The intent was to expose collectors to the variety of Rado models and highlight some attributes for which Rado watches stand apart from myriad other vintage pieces in the same price classes. This next installment continues that theme-that watches from a brand with a rich history of design and innovation can be found even today in good condition and at good prices-and adds a few twists.

The Rado models previously profiled included some of the most famous: the Manhattan, which heralded Rado's 1965 foray into the US market; the Captain Cook, a line of diver's watches introduced in the early 1960s; and some of the Horse models, which include such varieties as the Green Horse, Golden Horse and Purple Horse. In this installment, the focus is on some uncommon pieces that are noteworthy-for reasons of design, construction, rarity or some combination of these attributes-yet seem to fly under the radar of the average watch aficionado.

Opening this printed exhibit of Rado watches, just as the previous installment, with a Green Horse seems natural as there were several varieties produced.

The legacy of the Rado horses is still strong and even today one of the earliest Rado automatic models, 1958's "Golden Horse, " is being commemorated with three limited-production versions available only in Japan, where it was the brands first success in that market. The models exhibited here are variations of the Green Horse Daymaster (Ref. 11706).

1962 was a milestone year in Rado history. During that year the young brand introduced their iconic scratch-proof DiaStar model and the trademark emblem found on nearly every automatic Rado watch since: the rotating anchor logo (for more on this see iWs July 2003 Rado article).

Also in 1962, Rado began offering watches with day and date displays. Such models were dubbed "Daymaster" and eventually included references within the Green Horse, Golden Horse, and Starliner model lines, among others. Day-date Rados were an integral part of marketing campaigns in the 1960s; one magazine ad from 1969 touted six distinct day-date models including the DiaStar, Manhattan & Voyager but also more obscure models such as the Marco Polo. By that time Rado was proud of their day-date watches but earlier in the sixties the Daymaster models were less prevalent and not as widely offered across the brands product line.

India The Mother of Most Inventions. Must Watch.. (History ...