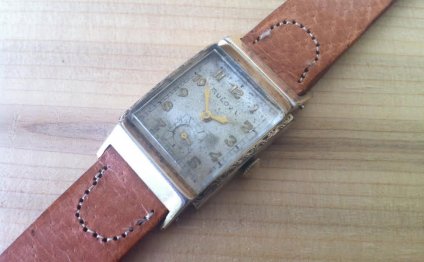 There was a time when people were really sick of mechanical watches. The little machine movements are enjoying an enormous renaissance right now, but it was not always that way. In fact, back in the early 1990's the mechanical movement was all about to die. How did it get to that point?

Back in the late 1950's, all you had at your disposal was mechanical movements, much of which were not very accurate. In an effort to provide more accurate, and affordable (relatively speaking) watches, companies began to search for new movements. Without going into a watch movement history lesson, suffice it to say that in late 1950's the electronic watch was almost ready for production. They were the precursor to quartz watches, which used what is called a "tuning fork" for accuracy and regulating the movement. Quartz watches use a vibrating quartz crystal instead of a tuning fork. Tuning fork watches proved to be much more accurate than mechanical watches and were powered by batteries, not the winding of a mainspring. The idea was pretty simple, use magnetism and reliable electronic frequencies to predictably instruct a movement making each second, more or less the same period of time.

You can always Google "tuning fork movement" to get more information if you are in dire need.

These new types of electronic watches started to show up in the 1960s and were pretty revolutionary for the time. They were not exactly cheap, nor this they provide every advantage over mechanical watches. However, they did not need to be wound, and were far more accurate. Bulova watches created its own electronic tuning fork movement and called it the "Accutron, " which later become its own sub-brand. One of the best-known Accutron watch lines is the Spaceview.

The Spaceview watch came in a ton of different "flavors, " over 200 actually. Not all of them are actually "skeletonized" such as the pictured ones, but they shared the Bulova Accutron electronic tuning fork movement. What is really interesting, is that for a period of time these "movement view" watches were in such demand that "conversions" were actually make on the dials removing the dial to allow view of the movement.

Robert Jan, everyone's favorite watch lover from the Netherlands (not to disclaim other notable Dutch watch lovers) wrote a nice piece on the . Like any good collector, he wants one of these historic pieces for his collection and get's one on eBay. Good move I am thinking about doing it myself.

I have always enjoyed the theatre. I go there to take pictures for a nostalgic look. This time I definitely played around…