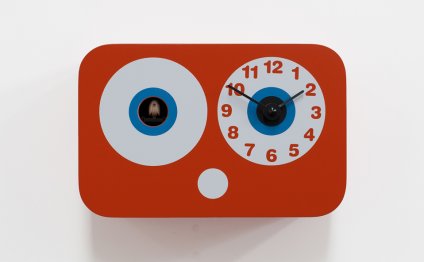 The cuckoo clock industry began its climb into popularity during the 18th century. The earlier versions of the clocks had only 12 hour movements and the movements were made primarily from wood. Even the moving parts were made of wood. When the cuckoo clock popularity from the Black Forest increased, clockmakers began replacing several of the wooden movement pieces with metal and brass. This act greatly increased their durability and ensured that they would last longer, which ultimately led to their increase in popularity throughout the world.

During the end of the 18th century and the 19th century, there were new tools and crafts discovered that helped the clockmakers to significantly increase their production times. Although new and more effective methods were implemented, the art of handcrafting remained the same, as it does today. The number of clocks that one woodcarver could create was increased by more than six times over the next 100 years or so. By this time, German Black Forest clocks had grown significantly in popularity. The most popular of this time was the Shield clock. The cuckoo clock's popularity was still yet to come. About fifty percent of all Black Forest clock creation during the 18th and 19th centuries was the shield clocks. These beautiful and elegant clocks are still very popular today. There were more than 600000 clocks per year coming out of the Black Forest during this time. The clockmakers in this region had earned themselves quite a reputation for creating beautiful and high quality clocks. The customer base for Black Forest clocks had now become worldwide. However, logistical problems soon caused a slow down in the production of the clocks. Clockmakers during that time were being forced to work very long hours just to ensure that all their customers were receiving their orders on time. There were simply not enough hours in the day to ensure that all orders could be filled. These challenges eventually proved too difficult for single clockmakers to overcome. Clockmakers soon began working with wholesale companies in order to fulfill their orders.

They could create their clocks and the wholesale companies helped them with the shipping and distribution. This led to all customers receiving their Black Forest creations in timely manner, which only proved to make the German Black Forest cuckoo clocks even more popular throughout the next few years.

These beautiful and whimsical clocks are one of the most popularly exported products in Germany. The Railway House Clock is a very popular version of the Black Forest cuckoo clock. The beautiful and elegant house design represents the cuckoo clock styles that are most seen today. The house shaped form incorporates decorative elements that are synonymous with scenes from every day life. The earlier versions of this design implemented a wooden clock face with hands and numbers that were white. It also featured a fir cone shaped weight. Today's version features vine leaves and beautifully handcrafted wooden figurines in the shapes of animals and plants, as well as hunters, dancing couples in traditional German attire who dance to the music, a mill wheel that turns on every hour and a farmer who chops wood. The cuckoo is still very much a part of the cuckoo clocks today. He moves his wings and beak and rocks in a back and forth motion when delivering his famed call.

Although the Black Forest cuckoo clock creators have seen their fair share of troubles and tribulations, they have emerged as some of the most talented artists in the world today. The beautiful and unique German cuckoo clocks that hail from the Black Forest region are among the most highly appreciated and popular pieces throughout the world. Whether it is the cuckoo clock or any other beautiful Black Forest creation, customers and collectors from all points of the world can appreciate the fine quality and beautiful, unique pieces that come from this scenic region in Germany. One has to only step foot on the German Clock Trail or visit one of the many museums that are dedicated to the historical methods of clock making to see that the culture and tradition of those earlier years are still alive in the German Black Forest.

Jack and the Cuckoo Clock Heart

Klockit s History of Cuckoo Clocks Coo-Coo! Coo-Coo! A Brief History Of The Cuckoo Clock A cuckoo clock is typically a…