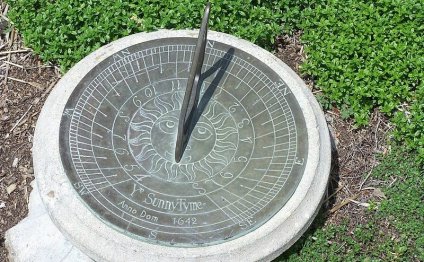 A Japanese clock (和時計, wadokei) is a mechanical clock that has been made to tell traditional Japanese time. Mechanical clocks were introduced into Japan by Jesuit missionaries or Dutch merchants in the 16th century. These clocks were of the lantern clock design, typically made of brass or iron, and used the relatively primitive verge and foliot escapement. Tokugawa Ieyasu owned a lantern clock of European manufacture.

Clocks have existed in Japan since the mid-7th century in the form of water clocks.Nihon Shoki states that Emperor Tenchi made a water clock, or rokoku, in 660 and 671 A.D. These clocks were used for another 800 years until the arrival of Christianity in Japan in the 16th century.

Christian missionaries were among the first to introduce Japan to Western-styled clocks. Francis Xavier, a Spanish Society of Jesus saint and missionary, gave Ouchi Yoshitaka, a daimyo of Sengoku, a mechanical clock in 1551 A.D. Other missionaries and embassies soon followed, with a mechanized clock being given to Oda Nobunaga in 1569 and Toyotomi Hideyoshi in 1571 by Papal envoys, and two clocks given to Tokugawa Ieyasu, one in 1606 by a missionary and one in 1611 by a Portuguese envoy. The oldest surviving Western clock in Japan dates back to 1612; it was given to Shogun Ieyasu by the viceroy of Mexico (then New Spain).

The Edo period (1603-1868) saw the adaptation of Western techniques to form a unique method of clock making in Japan. A double escapement was designed by Japanese clock makers in order to develop a clock that followed the uneven, traditional Japanese time schedule. These clocks, called wadokei, were built with different methods in order to follow the temporal hour system. The foliots of the clocks have several divisions allowing the user to set a relatively accurate rate. Foliot-controlled clocks, despite being widely replaced in Europe by circular-balanced clocks, were utilized in Japan due to their adaptability to the temporal hour system. Constant weight and dial adjustments led Japanese clock makers to develop the Nicho-temp tokei around 1780. The weights in the Nicho-temp tokei were automatically set for the correct time of day or night with the use of two balances, called temp.

A key component of the development of Japanese clocks was the publication of Hosokawa Hanzo's "Karakuri Zui" in 1796, in which he explains production methods of clocks in the first volume, and karakuri ningyou in the second and third volumes. The volume on clockmaking contained highly detailed instructions for the production of a weight-driven, striking clock with a verge escapement controlled by a foliot. Relatively high literacy rates and an enthusiastic, book-lending society contributed greatly to the work's widespread readership.