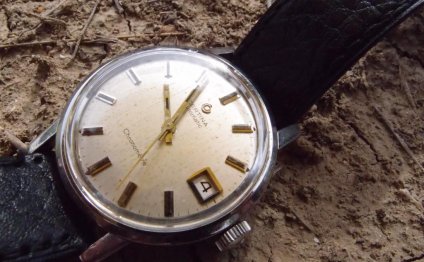 The term “Chronometer” (from ancient Greek chrónos “time” and métron “measure, measuring stick”) indicates highly precise watches. In the past, these were needed for timing and navigation on vessels and aircrafts.

The Swiss movement of a watch must pass a 15-day endurance test (in accordance with NIHS 95-11 / ISO 3159) conducted by the independent Swiss observatory Contrôle officiel suisse des chronomètres (COSC), in order for it to be entitled to use the name official chronometer. Before the COSC’s founding in 1973, the audit was performed by various private and semigovernmental laboratories.
If the movement receives the COSC certificate, the manufacturer usually labels the watch with the word “Chronometer” or the French “Chronomètre”. After passing the test, the movement receives a certificate which validates its accuracy rating.

In 1916, for the first time, watches from the factory of the Kurth brothers were sent to Biel to the “Bureau Officiel de Contrôle de la Marche de Montres” and were successfully tested. But before 1960, fewer than 500 watches with COSC certificate were sold. I guess they all had the 28-45 movement inside. From 1960 to 1971, only 8821 mechanical chronometers were produced at Certina. All with the 25-65 movement (without date) or 5-651 (with date). The movement has a unique serial number which must match the one on the case back.

Not surprisingly, these models are hard to find nowadays. In comparison, this makes any chronometer model, for example, from Omega or Rolex seem like a mass-production item.

The following list contains only models with mechanical movements.

Update:
The author of vintagecertinas.ch is not responsible for any contents linked or referred to from his pages.