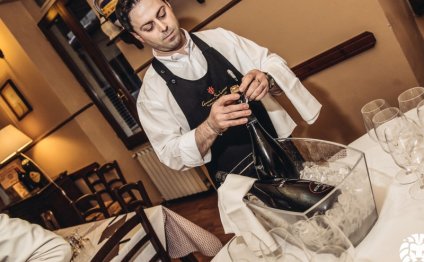 Used in mechanical watches and clocks, a barrel is a cylindrical metal box closed by a cover, with a ring of gear teeth around it, containing a spiral spring called the mainspring, which provides power to run the timepiece. The barrel turns on an arbor (axle). The spring is hooked to the barrel at its outer end and to the arbor at its inner end. The barrel teeth engage the first pinion of the wheel train of the watch, usually the center wheel. Barrels rotate slowly: for a watch mainspring barrel, the rate is usually one rotation every 8 hours. This construction allows the mainspring to be wound (by turning the arbour) without interrupting the tension of the spring driving the timepiece.