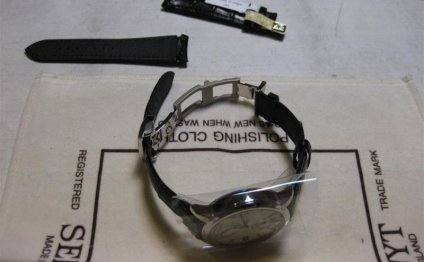 Glashütte Original’s Senator Chronometer generated strong buzz among collectors and enthusiasts at this year’s Baselworld. The Chronometer’s classic look incorporates vintage and modern elements. It’s also GO’s first timepiece to confirm its timekeeping accuracy with an official chronometer certificate from the observatory in Glashütte, issued under German standard DIN 8319. The major difference between the DIN and Swiss COSC standards is that the Germans test finished or cased-up wristwatches, while COSC tests uncased movements. Like COSC, the German tests involve timing in different positions and at different temperatures, and the basic timing standard is -4 to +6 seconds. You can read more about the German chronometer tests in .

The Senator Chronometer’s redesigned manual winding manufacture Caliber 58-01 movement incorporates a new stop-seconds reset mechanism, illustrated below. The mechanism makes synchronizing the hour and minute hands automatic. Pulling the crown stops the time display and causes the second hand to jump to 12, where it remains; the minute hand moves simultaneously to the next full minute. When the crown is turned to set the time, the minute hand stops only on the indication of the full minute, assuring the correct relationship between the minutes and seconds displayed.

The Senator Chronometer’s dial is reminiscent of a vintage pocket chronometer. There is a power reserve at twelve o’clock, and the improved panorama date at three o’clock now changes instantaneously at midnight. The movement also offers a day/night indicator: from 6:00 a.m. until 6:00 p.m., the small circle located between the power reserve indicator and the center of the dial is white, and from 6:00 p.m. until 6:00 a.m. it is black. A traditional technique known as l’argenture grainée is employed to give the dial its frosted silver plating. The finish is created by machine-blasting the surface of the brass dial with a mixture of water, chalk, and wood. Then a paste containing silver powder and water is applied by hand to the blasted surface. The result is a pleasingly soft, fine texture.

Turning the timepiece over, the Caliber 58-01 movement can be viewed through an anti-reflective sapphire case back. In the Glashütte tradition, the movement has a three-quarter plate, screw-mounted gold chatons, and a hand-engraved balance cock.