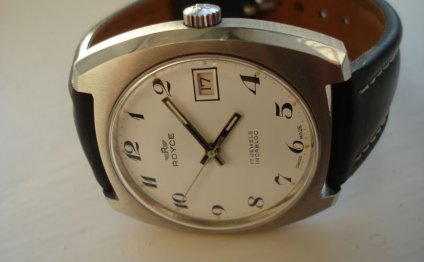 A time-traveler, visiting from 1970s Britain, would be surprised by pretty much everything on the modern high street. While prestige brands such as Rolls Royce and Berry Bros. & Rudd have formed part of a much older landscape, the discriminating buyer of the Wilson and Heath eras would be astounded by the topsy-like growth of the modern luxury market. No longer the preserve of a privileged elite, myriad luxury brands now reach out to everyone. Specialist glossy magazines abound, for every interest, from hi-tech snowboards to waterproof smartphones — and the iPhone, in its regular updates, feeds a mass market appetite for the desirable luxury good. Apple has also spent years developing a related personal accessory — the iWatch — but for one group of discerning luxury buyers, this has proved to be a potentially disturbing phenomenon.

The market for luxury (or “high-end”) watches, in a world that naturally goes by a French title — haute horlogerie — has never been stronger. That market’s history has unfolded remarkably differently for participants in different countries. For the most tech-savvy punters — with funds enough for an iPhone — the rhetorical question posed of a fine Patek Philippe watch might be “why would I want such a single-function device?” Yet modern high-end brands can sell their entire output, and are coveted by collectors who own many valuable watches, yet perhaps leave them unworn, locked away safely, housed in boxes with motorized compartments that will keep the rotors of the automatic models turning and the lubrication properly distributed. The cult of the prestige watch has never been stronger, and one of its English bibles is QP, a magazine added by The Telegraph to its stable of luxury publications in 2013. And if there are bibles, so there is a temple, in that the Saatchi Gallery plays host each year to SalonQP, the showcase for haute horlogerie.

The phenomenon of the modern watch collector reflects the triumphant survival, rebirth, and stunning success of the Swiss watchmaking industry in particular, and is often credited to the intervention of one man — Nicolas Hayek — who rescued many heavily over-indebted brands from oblivion in the 1980s, and thereby saved a group of Swiss bankers’ bacon. The emergence of the popular Swatch at the popular end of the market underpinned the capacity of the high-end to recover its equilibrium and to forge forwards.

No such luck for the British market of the same period. Our time-traveler would recall the 1970s witnessing the last gasp of a small British watchmaking industry, born just twenty-five years earlier, in the wake of the Second World War. Preparation in the 1930s had seen firms such as S. Smith & Sons of Cricklewood forge alliances with Jaeger and LeCoultre, and these were vital at the outbreak of war, in securing deliveries from Switzerland of tools, complete watches, and a huge range of parts, including millions of tiny synthetic jewels, needed in every fine instrument across the cockpit of the Spitfire and Hurricane.

I have always enjoyed the theatre. I go there to take pictures for a nostalgic look. This time I definitely played around…

There was a time when people were really sick of mechanical watches. The little machine movements are enjoying an enormous…