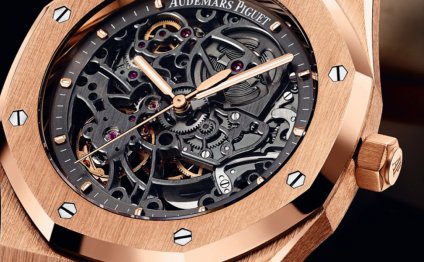 The Seer
Director: Laura Dunn
I loved Dunn’s The Unforseen, an unlikely poetic film about real estate and environmentalism. The Austin-based director has another profound concept: looking at farming life in Kentucky through the work of writer Wendell Berry. Sounds like Dunn and Jessica Oreck (The Vanquishing of the Witch Baba Yaga) are cut from the same, very rare, very special, cloth.

Beware the Slenderman
Director: Irene Taylor Brodsky
As much as I am wary of the renaissance of true crime’s popularity in the doc world, I can’t look away. It’s partly because I want to see how filmmakers craft crime as a narrative in the episodic format (see Making a Murderer), which makes me want to reconsider how they do it in the feature form as well, as is the case here in this disturbing story of two 12-year-old girls who claimed they tried to kill their friend because they believed in an Internet boogeyman called the Slender Man. Handled well, this could be fascinating. (World Premiere)

The Bandit
Director: Jesse Moss
With top-notch director Moss at the helm, would already be a must-see but the fact that it’s about 70s screen star and hunk Burt Reynolds makes it a can’t miss. I grew up watching Smokey & The Bandit movies and want to get to know the man behind the mustache. (World Premiere)

TOWER
Director: Keith Maitland
This animated retelling of the 1966 sniper who went to the top of a tower at the University of Texas campus and shot at people for an hour and a half, killing 16, is a pretty powerful subject. The fact that it’s being recreated through archival material and rotoscope animation puts it in the same ball park as Waltz with Bashir, although this latter film actually didn’t use the same technique of animating live images. So, really, it makes it more akin to Richard Linklater films, Waking Life and A Scanner Darkly, which is way cool. (World Premiere)

Orange Sunshine
Director/Screenwriter: William A. Kirkley
The Brotherhood of Eternal Love was a group of California hippies in the 1960s and 1970s that believed LSD was the way to happiness and, along the way, they became the largest supplier of LSD in the world. The filmmakers are also coming to SXSW with a VR short connected to the film. I don’t know which I want to see more. (World Premiere)

Boone
Director: Christopher LaMarca
I’m guessing LaMarca was inspired by films like Sweet Grass for this story of three goat farmers who confront the existential and every-day hardship of living on the land. The film is being referred to as “experiential” and as a “visceral meditation” which means it could either be a total bore or a truly enriching experience. Here’s hoping for the latter. (World Premiere)

Fantastic Lies
Director: Marina Zenovich
It’s a story that fascinated me. When members of the Duke Lacrosse team were accused of raping a woman, the case became a media storm. And then the truth came out. Issues of race, gender and rushes to judgment blow up on a campus. I look forward to seeing how Zenovich (Roman Polanski: Odd Man Out) handles the case. (World Premiere)

The Dwarvenaut
Director: Josh Bishop
In keeping with the tradition of films about eccentric geniuses (see Crumb, Devil and Daniel Johnston, etc.), this is a documentary about an art prodigy with a difficult childhood who is obsessed with Dungeon & Dragons. The main subject of Dwarvenaut, Stefan Pokorny, sounds like the sort of guy who could carry a film. I want to see if Bishop can maintain the tricky balance of critical distance, respect and fun as he follows Pokorny on his mission to turn an art project into a way to bring people together.

The Space in Between – Marina Abramovic and Brazil
Director: Marco Del Fiol
It’s funny to me that so many of the interesting docs appear to be on the bubble between being potentially fascinating and unbearable. Here’s another doc about performance artist Abramovic, and this one is a doozy as she travels Brazil in an attempt to create an art piece that pushes her to her limit. I can’t remember the last time I flinched while watching a doc trailer but I did so with this one. Gritty, raw, beautiful…well, it’s certainly worth a try. (World Premiere)

MUST WATCH: TOP 10 Cricketers, Who Died While Playing a Match

Wednesday 3:45 p.m., Barcelona vs. Arsenal, Fox Soccer 2Go: Barcelona holds a 2-0 lead after the first leg in the Champions…

If you were wondering which are the best Breitling Navitimer watches manufactured until now, you’re in the right place. Because…