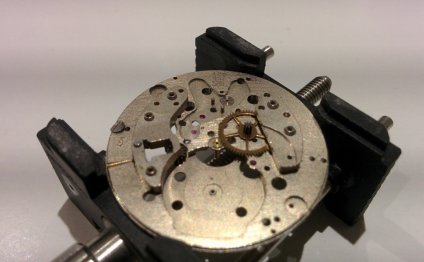 The history of Dent & Co. spans three centuries of precision watch and clock making in Great Britain. Established in 1814 by Edward J. Dent, the company embraced the Victorian fervour for technological innovation and created precision chronometers to navigate the Royal Navy and guide some of the most intrepid explorers on their voyages. The British Empire was in full expansion and its maritime tradition had produced some remarkable technological breakthroughs from the late 18th century; John Harrison’s triumphant mechanical solution in 1764 to locate a ship’s position at sea won the coveted Board of Longitudes prize money and further consolidated Britain as the horological force in the world. Propelling the impetus of Britain’s primacy, Dent proved a key player in Victorian horological history manufacturing the Standard Clock at the Royal Observatory, Greenwich which was to keep “Greenwich Mean Time” the time to which all others in the Empire were referred (better known today as G.M.T.) and continued to do so until replaced by an electronic clock in 1946. Dent also made probably the most famous clock in the world - the Great Clock for the Houses of Parliament, familiarly known as Big Ben.

Edward John Dent (1790-1853) discovered his passion for clock making from his cousin Richard Rippon and from 1814 onwards established an outstanding reputation as a builder of accurate chronometers; vital timepieces for Britain’s maritime conquests, trade and Colonial expansion. His inventive talents were soon recognized and a chronometer he had submitted to the trials was conferred the First Premium Award in the 1829 Greenwich Trials.

Dent’s reputation soared and their chronometers accompanied some of the century's most influential and colourful explorers. Dent chronometer no. 633 was taken aboard the H.M.S. Beagle in 1831 to accompany Charles Darwin on the voyage that lead to his revolutionary publication “The Origin of the Species” - his groundbreaking theory of evolution. Two decades later, David Livingstone purchased Dent chronometer no. 1800 for his African explorations and in 1890, the explorer H.M. Stanley was moved to write to Dent that “the Chronometers supplied by you, and which were taken across Africa in my last Expedition, proved a very great service to me and were in every way thoroughly satisfactory and reliable”.

Dent’s longstanding service to the Royal Observatory, Greenwich and the admiration it inspired in the Royal Astronomer, Sir George Airy, is well documented. A Standard Clock was a clock of such reliability and quality that it was used as the reference for all other clocks.

Dent constructed the first Standard Astronomical Clock for the Admiralty in 1814 setting a precedent for the company to supply Standard Clocks to countries such as Switzerland, Italy, Spain, Brussels, Russia and as far afield as the USA and Japan throughout the 19th century. However, a company milestone was reached in 1871 when Dent was conferred the maximum honour of making the Standard Clock at the Royal Observatory, Greenwich, the clock to which all others in the Empire would be referred...

Highest cities in the world

Which Car Highest Price In The World