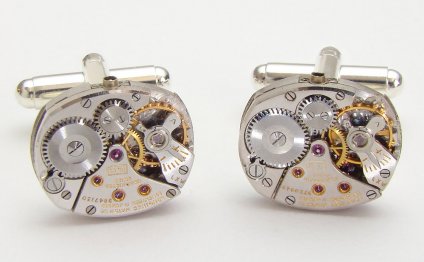 Here’s a question: who made the best chronographs in the 1940s and ’50s? If you answered Patek Philippe, you’re half right. Patek absolutely made some of the best and still most desirable chronos in the middle part of last century, but there was another manufacturer making truly top-notch stopwatch mechanisms for the wrist-and that was Longines. Yes, Longines.

It might be hard to believe now, with the way Swatch has positioned Longines after their acquisition some years back, but Longines was at one point one of the premiere manufacturers in the world. And I say "manufacturer" because while even Patek, Vacheron, and AP were using outsourced movements back then, Longines was indeed one of the few companies manufacturing its own in-house chronograph movements.

Introduced in the 1936, the Caliber 13ZN was a large 13 1/4 ligne movement, meaning it was almost 30 mm in diameter. The large diameter was purposeful, as the caliber would be placed into several aviation-oriented chronographs. It is a beautifully finished movement, and one of the first "fly-back movements", meaning it was not required to stop the chronograph before resetting it.

The 13ZN also featured a semi-instantaneous minute hand, so instead of the minute hand creeping along continuously, it would remain in position until the second hand hit 60 and then jump. It may not sound like much, but these details weren’t seen together again until A. Lange & Sohne released their monumental Datograph movement in 1999, which is now arguably the benchmark for chronograph design-hell, even Philippe Dufour says so.

13ZN chronographs are highly regarded by educated collectors and because, well, Longines isn’t what it used to be, they can be had for a relative bargain when compared to the Pateks and Vacherons from the similar time period. A nice example of a 13ZN can be found for under $10, 000 in gold. Like with many collectible vintage watches, steel examples will be more costly than those in gold simply because they are more wearable and desired by collectors, but all 13ZN’s will have that lovely 1940’s dress chronograph look that you seldom see today. Exceptionally preserved examples, or those with a rare central minutes counter can climb into BMW-like price ranges.

Longines has, though, started to come around to understanding the value of their previous life as a high-end, in-house manufacturer and over the past three years, their "Heritage Collection" has produced some very nice looking watches. Additionally, Swatch has started to reserve some interesting higher end movements to be used exclusively in Longines chronographs. Particularly appealing modern Longines chronos include the "Column-Wheel" Chronograph and the Asthometer-Pulsometer based on a watch from the ’60s.