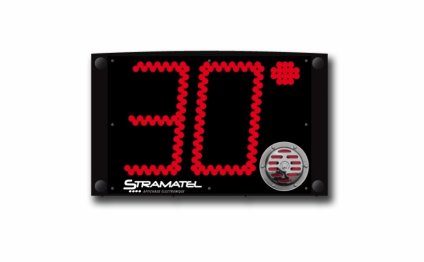 The purpose of this training manual is to provide new desk officials with a basic knowledge of their requirements. Once the manual has been reviewed, a desk official's test is available to verify competence.

There are three functions to be performed at the desk during any water polo game: Shot Clock, Game Time, and Scoring. The number of individuals needed to work the table is determined by the version of timing system being used. Desk officials should always be dressed appropriately (no bathing suits, t-shirts).

In the collegiate game, each team receives 35 seconds (women) or 30 seconds (men) to take a shot. If they do not take a shot within this time, the desk official sounds a horn and the other team takes a "free throw" at the spot where the ball was located when time expired.

The key to working the shot clock well is accurately timing a team's possession and re-setting on a turnover. In order to accurately time a possession, the timer needs to understand the phrase "dead time". "Dead time" is the period of time beginning when the referee blows his whistle and ending when the player takes a "free throw". During this entire period, the clock should be stopped. It is easy to understand when to stop the clock, because you can hear the whistle. The problem lies in determining when the player puts the ball back into play. The method of putting the ball back into play is called a "free throw". A player can take a "free throw" by throwing the ball into the air a few inches to himself, or by swimming with it. The desk official must be aware of where the official is requiring the "free throw" to be taken, in order to accurately judge whether the player has put the ball back into play. The other function of a possession timer is to reset the clock for any of the following circumstances:

The most common mistake occurs when the timer resets the clock when the ball is shot but forgets to reset the clock again after the rebound is finally controlled by one team.

The primary job of the game timer is to start and stop the game time according to the flow of the game. As with the shot clock, the game clock stops at each whistle and does not start again until the "free throw" is taken.

The third job of this timer is to monitor ejection time. There are two types of major fouls, resulting in penalty shots and ejections. Only the ejection foul causes a player to sit out for 20 seconds. When this happens, the game timer must keep track of his penalty time and if necessary, let him know when to re-enter. The timer does this by writing down when the ejection occurred according to the game time (the scorer writes the same time down in the scorebook). The timer can record the ejection on scratch paper, or use an NCAA ejection form if desired. The timer either adds or subtracts 20 seconds, depending on whether the game clock counts up or down. The result is the time the player should re-enter. The only exception to this procedure occurs when the offensive team scores, or the defensive team regains possession. In these cases, the player may re-enter immediately.

All re-entries during "live-time" must occur from the designated re-entry areas, which are on the opposite side of the pool from the table at each corner of the pool.

If the other team scores, or if 20 seconds expire on the game clock, the game timer is responsible to let the player know. The timer does this by lifting the appropriate colored flag up until the player has re-entered the pool. The timer should not raise the flag for re-entry when the penalty time expires unless the player is in the penalty area.