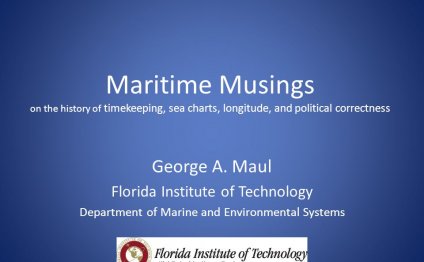 With respect to human history, timekeeping is a relatively recent human desire—probably 5000 to 6000 years old. It was most likely initiated in the Middle East and North Africa.

A clock is defined as a device having two qualities:

Relaying the history of time measurement has a degree of inaccuracy, much like clocks themselves. What follows is, if not completely accurate, as close as many researchers can ascertain.

Time keeping has much progressed since its inception, Time Management Software now exists as a means to electronically track and measure time.


The Egyptians are the first group of people that we can reasonably prove took timekeeping seriously as a culture. Many believe that the Sumerians were thousands of years ahead of the game, but proof of this is only speculative.

Around 3500 B.C., the Egyptians built obelisks—tall four-sided tapered monuments—and placed them in strategic locations to cast shadows from the sun. Their moving shadows formed a kind of sundial, enabling citizens to partition the day into two parts by indicating noon. They also showed the year's longest and shortest days when the shadow at noon was the shortest or longest of the year.

Later, markers added around the base of the monument would indicate further time subdivisions.

Around 1500 B.C., the Egyptians took the next step forward with a more accurate shadow clock or sundial. The sundial was divided into 10 parts, with two twilight hours indicated. This sundial only kept accurate time (in relative terms) for a half day. So at midday, the device had to be turned 180 degrees to measure the afternoon hours.

A sundial tracks the apparent movement of the sun around the earth's celestial pole by casting a shadow (or point of light) onto a surface that is marked by hour and minute lines. That is why the shadow-casting object (the gnomon or style) must point towards the north celestial pole, which is very near Polaris, the North Star. The gnomon serves as an axis about which the sun appears to rotate.

The sharper the shadow line is, the greater the accuracy. So, generally speaking, the larger the sundial the greater the accuracy, because the hour line can be divided into smaller portions of time. But if a sundial gets too large, a point of diminishing returns is reached because, due to the diffraction of light waves and the width of the sun's face, the shadow spreads out and becomes fuzzy, making the dial difficult to read.

In the quest for more year-round accuracy, sundials evolved from flat horizontal or vertical plates to more elaborate forms. One version was the hemispherical dial, a bowl-shaped depression cut into a block of stone, carrying a central vertical gnomon (pointer) and scribed with sets of hour lines for different seasons...

The Mastery of Time: A History of Timekeeping from the ...

Shaping the Day: A History of Timekeeping in England and ...

Read The Mastery of Time: A History of Timekeeping from ...