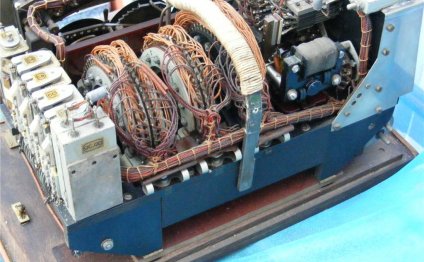 Schematic of a split-flap display in a digital clock display

A Flip Clock is an electromechanical, digital time keeping device with the time indicated by numbers that are sequentially revealed by a split flap display. The study, collection and repair of flip clocks is termed horopalettology [From horology - The study and measurement of time and palette - from the Italian "Orologi a palette" - Italian for flip clock]. People interested in the collection, restoration, buying and selling of flip clocks are called horopalettologists.

Mechanism of a split-flap alarm clock, removed from its case. The inset shows the metal tab holding back the top flap. The narrow numbered wheel and knobs on the left are the alarm mechanism. Unlike quartz clocks, this is a synchronous electric clock which is kept to the correct time by the 50/60 Hz AC power grid.
The small hook which retains the hour leaves until the top of the hour can be dimly seen, retracted, in the inset.

The faster wheel has connected to it a ring of 60 flat plastic leaves. On the leaves are printed numerals so that, when a person holds two adjacent leaves apart like an open book, the two open leaves spell out a numeral, and flipping a leaf down increases the number shown by 1 unit. The "book" is opened vertically, and its pages form a ring. This ring is put into position and rotated so that one page falls each minute, showing a new number for the minutes.

The slower wheel has connected to it a similar ring of leaves, only there are 48 leaves on this ring. These leaves have hour numbers printed on them. There are two of each hour, like this: 12am, 12am, 1am, 1am, 2am, 2am... 11pm, 11pm. One leaf falls each half-hour, at approximately 25 and 55 minutes after the hour. A different design features 60 leaves with the numbers 1 to 12 repeated in fives, each leaf falling after 12 minutes. The disadvantage of this is that there is no way to show "AM" or "PM" information.

Minute leaves 45 through 59 have a small tooth on their left edges, pointing toward the hour leaves. The purpose of this tooth is as follows: at 45 minutes after the hour, the tooth pushes a small hook that protrudes into the hour wheel area. This hook will catch any falling hour leaf (as mentioned above, it falls from its metal tab a few minutes before the hour) until it is released by the minute leaf's fall at the top of the hour.