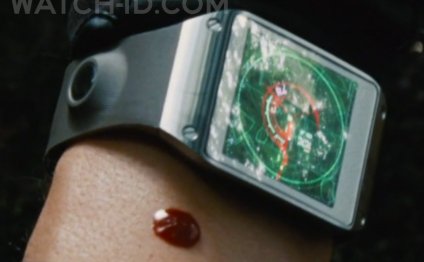 This evening in Geneva, Switzerland, Patek Philippe unveiled its 175th anniversary collection. This includes the Grandmaster Chime ref. 5175, the world’s most complicated wristwatch - ever. It blends classic chiming complications like the grande and petite sonnerie with brand new ones like the date repeater, while also building in a state-of-the-art perpetual calendar.

This watch is no joke.

For its 150th anniversary in 1989, Patek released the Calibre 89 pocket watch. At the time it was the most complicated watch ever produced and only four were made. 25 years later the firm has outdone itself yet again with some pretty unusual complications, like a dial that shows the date of Easter. Because, if your watch is going to weigh more than a kilogram and cost more than a penthouse apartment, it had damn well better tell you when the ham is coming.

Just looking at the Grandmaster Chime, there is no doubt that you’re staring at something special. The 18K rose gold case is absolutely massive at 47.4mm across and 16.1mm thick, and it is hand-engraved on nearly every surface. The case actually spins between the massive lugs, allowing you to see the two dials. (You didn’t think they’d cram all those complications onto just one dial now, did you?)

I could walk you through each of the 20 complications, one by one, explaining how they integrate, and how the displays work together, but then you’d still be reading as the 200th anniversary watch is announced. Instead, a list: (deep breath)

Alright, uncross those eyes, and I’ll do a little explaining.

The two dials are roughly divided between the time-telling side on the front and the calendar side on the back. The front has the alarm setting dial up top and the date and moonphase down at 6 o’clock. On the left is the power reserve for the movement, and on the right the power reserve for the sonnerie. Turning the watch over, you have (moving clockwise from 12 o’clock) the second timezone display, the month, the date and leap year cycle, the day of the week, and, in the center, the year.

The Calibre 300 movement has 1, 366 parts and holds six different patents for new mechanisms. Included in these two patents are a repeater that will chime out the date on command and an alarm that rings out the time instead of only a standard tone. Just the movement is 37mm across and 10.7mm high - larger than some of Patek’s watches.

By now you’re probably scratching at your keyboard, wondering, “Well, how is it?” The short answer: Impressive. Even watch cynics can't deny the incredible amount of R&D and craftsmanship that goes into something like this. However, I'll admit, it may be a little too much. I don’t need more filigree on my wrist than Louis XIV had at Versailles, and the size makes this a wristwatch in technicality only. Sure, a stripped-back version would not have been able to claim the most-complicated crown, but it might have had me reaching for my wallet a little more aggressively.

The Patek Philippe Grand Master Chime ref. 5175R will be a limited edition of seven pieces, with one residing in the Patek Philippe museum in Geneva. The other six will be priced at 2.5 million Swiss Francs (approximately $2.6 million at time of publishing).

Most Expensive Wrist Watch in the World

I m right-handed, and my watch feels more comfortable on my right wrist, but I ve heard that I should wear it on my left…

A classy wrist watch is great for formal events, dinner parties and is a functional accessory fit for a casual day out. The…