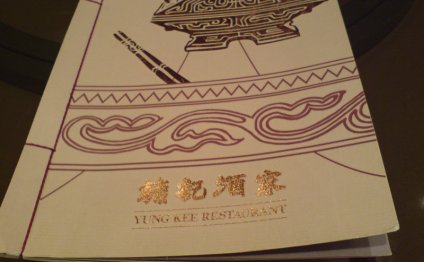 Around 2300 years ago, when no one in Europe or the Middle East could melt even one ounce of iron the Chinese were casting multi-ton iron objects. It was not until the mid-1700's in Europe that such feats of metallurgy were achieved in Britain, the technically most advanced country of Europe. The early success in iron-casting in China was due to a superior form of bellows that delivered a continuous stream of air to a furnace instead of an interrupted stream as from the type of bellows used in the West. No one beforehand would have given much thought or attention to such a seemingly unimportant device as the Chinese bellows, but it turned out to be a crucial technological development.

But ancient China was not just technically advanced in iron-making. In a wide variety of technical fields China of 300 BCE was many centuries ahead of Europe and the Middle East. And what happened to China that it stagnated technologically so that by the nineteenth century it was so far behind the West that it was weak and primitive? China had regressed so much that almost everyone, in China as well as the West, had forgotten that China was once technically far advanced compared to the West.

The answer is that Qin Shihuang, the king of the state of Qin (Ch'in) in western China, conquered the six other Chinese kingdoms, uniting them into one empire and created a class of bureaucrats to run and regulate it. He created this bureaucracy to centralize control and break the power of feudalists who were always usurping the power of the central authorities. The Qin Empire did not last long after the death of its founder.

After the Qin Empire collapsed the State of Han rose to power but kept some of the institutions of Qin. Their empire also was to be run by bureaucrats but the Han bureaucrats, called mandarins, were to be followers of the Confucian doctrines and were chosen through a competitive examination based upon history, literature and philosophy.

Instead of being ruled by philosopher-kings the China of the Han Empire and thereafter was ruled by scholar-bureaucrats who over time stultified the civilization. The Mandarins were a privileged class and did not want anyone disturbing their status quo and endangering the system. Over the centuries the heavy hands of these bureaucrats slowed the previously dynamic society of China to a standstill and ultimately caused it to regress. But before considering the stagnation and regression it is enlightening to review how stunning was the ancient flowering of Chinese civilization.