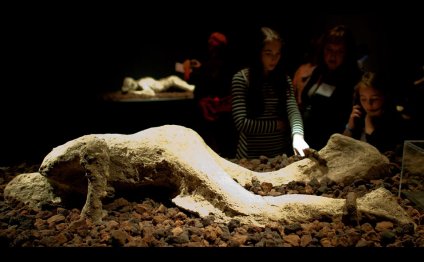 In Europe during most of the Middle Ages (roughly 500 to 1500 A.D.), technological advancement was at a virtual standstill. Sundial styles evolved, but didn't move far from ancient Egyptian principles.

During these times, simple sundials placed above doorways were used to identify midday and four "tides" of the sunlit day. By the 10th Century, several types of pocket sundials were used. One English model identified tides and even compensated for seasonal changes of the sun's altitude.

Then, in the early-to-mid-14th century, large mechanical clocks began to appear in the towers of several large Italian cities. There is no evidence or record of the working models preceding these public clocks that were weight-driven and regulated by a verge-and-foliot escapement. Verge-and-foliot mechanisms reigned for more than 300 years with variations in the shape of the foliot. All had the same basic problem: the period of oscillation of this escapement depended heavily on the amount of driving force and the amount of friction in the drive. Like water flow, the rate was difficult to regulate.

Another advance was the invention of spring-powered clocks between 1500 and 1510 by Peter Henlein, a German locksmith from Nuremberg. Replacing the heavy drive weights permitted smaller (and portable) clocks and watches. Henlein nicknamed his clocks "Nuremberg Eggs". Although they slowed down as the mainspring unwound, they were popular among wealthy individuals due to their size and the fact that they could be put on a shelf or table instead of hanging from the wall. They were the first portable timepieces. However, they only had an hour hand, minute hands did not appear until 1670, and there was no glass protection. Glass over the face of the watch did not come about until the 17th century. Still, Henlein's advances in design were precursors to truly accurate timekeeping.

In 1656, Christian Huygens, a Dutch scientist, made the first pendulum clock, regulated by a mechanism with a "natural" period of oscillation. Although Galileo Galilei, sometimes credited with inventing the pendulum, studied its motion as early as 1582, Galileo's design for a clock was not built before his death. Huygens' pendulum clock had an error of less than 1 minute a day, the first time such accuracy had been achieved. His later refinements reduced his clock's errors to less than 10 seconds a day.

Around 1675, Huygens developed the balance wheel and spring assembly, still found in some of today's wrist watches. This improvement allowed 17th century watches to keep time to 10 minutes a day. And in London in 1671 William Clement began building clocks with the new "anchor" or "recoil" escapement, a substantial improvement over the verge because it interferes less with the motion of the pendulum.

In 1721, George Graham improved the pendulum clock's accuracy to 1 second a day by compensating for changes in the pendulum's length due to temperature variations. John Harrison, a carpenter and self-taught clock-maker, refined Graham's temperature compensation techniques and added...