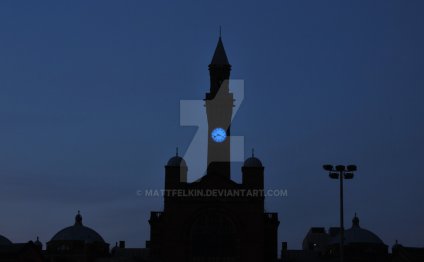 1. We have the tallest free-standing clock tower in the world

Stop going to London to see Big Ben – we have his big brother. Named after the famous Birmingham politician and first Chancellor of the university, Joseph Chamberlain, Old Joe stands unaided at 100 metres. Every Birmingham student holds this building close to their hearts: it’s an iconic focal point of campus, and makes the university a great addition to the Birmingham skyline.

Of course, every Birmingham student knows the darker side of Old Joe. You are quickly warned of the superstition that if you walk under Old Joe as he chimes, you will fail your degree. Don’t bother continuing coursework and revision: you will fail. Just quit university. Even the most skeptical students will walk around the clock tower instead of under his arches. Walk under Old Joe at your own risk.

Birmingham has a huge assortment of choices for those lovers of night-life. The Jamhouse, Vodbull and Snobs are among the favourites and, when you have a different student night for every night of the week, Birmingham rightfully boasts some of the best student nightlife in the UK. But everyone knows that the Guild of Students’ club night, Fab n’ Fresh, is the best night out by far.

Just a short takeaway-peppered stagger from halls or houses, the student-only venue is ideal. Bump into friends, enjoy the wonders of The Lion King blasting through a silent disco, and all without having the hassle of getting a taxi into town. So long as you avoid the Beorma Bar, which everyone knows is infested with an unsavoury amount of medics, and can get served in under 10 minutes (good luck), you’re in for a good night.

3. Don’t fraternise with the enemy

The classic city university derby. Birmingham has several universities, but the University of Birmingham is by far the biggest (and best) and so we reserve the right to smugness. From Freshers’ Week, Aston, City and Birmingham will go to the same nightclubs to test their chanting abilities and see who can indeed shout the loudest when the DJ calls out your university. Inevitably, when the DJ calls out ‘BIRMINGHAM UNIVERSITY!’ last, and the harmonious choir of screams, shouts and roars erupts in answer, the other universities can only groan in dismay.

Disclaimer: it’s all in the name of banter, obviously. Our rivalries are strictly friendly and rarely get any more heated than a football match between UoB Firsts and Aston (which we will no doubt win).

If you live in Tennis Courts, the enemy is immediately (and quite rightly) taught to you by your elders: Mason. There are few appropriate names for the residents of Mason, but almost all centre on their mansions, Land Rovers and grand estates mummy and daddy inevitably have. This mantra is drilled into you from day one.

The feeling’s mutual. Mason affectionately call the Tennis Courts residents ‘peasants’, as the ‘Cops and Robbers’ night out made perfectly clear (obviously, Tennis Courts were the robbers whilst Mason were the privileged cops). Let’s not forget the other halls – Shackleton and Maple Bank also boast the title of ‘Best Halls’, and Maple Bank in particular take great pride in being the regular winner of the inter-halls night-club battle which is Colourfest.

5. Tolkien (probably) based The Lord of the Rings on our campus

You know that big Eye on top of the Tower in The Lord of the Rings? Sauron, yeah. Well, that’s Old Joe. Rumour has it that Tolkien based much of the world of Middle Earth on aspects of Birmingham and its outlying areas in which he grew up. Tolkien grew up in the West Midlands and was educated across the road from Birmingham University at the King Edward’s School. He saw Old Joe on a day-to-day basis: the tall tower, sprouting up out of nowhere to dominate the landscape, with its bright clock faces looking out for miles and miles, is said to provide the inspiration for Barad-dûr itself.

A 45 minute-long self-guided tour of the UT Tower escorted by UT student guides. Patrons will ride an elevator to the 27th…