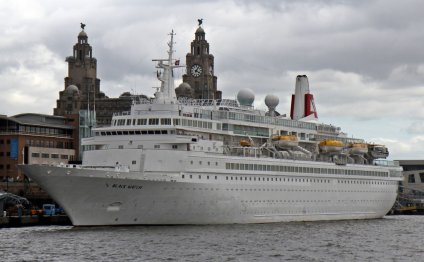 The Black Watch (RHR) of Canada Museum and Archives

Although the Black Watch Museum will be undergoing a major renovation this summer (2015), the staff is still available to answer your questions and access the archives.

The Regiment’s 150th anniversary year got off to fast and furious start for the Regimental Museum and Archives and our team. The museum redevelopment project, about which you have read so much in these pages in past issues, has finally begun in earnest. After years of paperwork and bureaucracy, Phase One of the project finally began with contractors starting work in February and finishing by the end of March. The wall that separated the weapons room from the main area of the museum has now been completely removed and a more circular flow is now possible for future visitors. Our team is now hard at work reorganizing the displays to create a more narrative flow and working with our museum designer to update some of the display infrastructure. We are hoping to be able to re-open the regimental museum in the fall of 2012 in time for the November events in Montreal. Please be sure to visit us as soon as possible once we re-open as we will be closing the museum again in 2013 to undertake Phase Two of the project which will include much more ambitious structural renovations as well as the completion of the display modernization.

The hard work of Ms. Cynthia Jones, our Collections Manager, has continued throughout the first half of 2012 and we have caught up with more than 75% of the pending accessions, some of which had been awaiting their turn for formal processing since the 1990s. One very important new accession of note in the first half of 2012 is a life-sized oil portrait of LCpl Frederick Fisher, VC of the 13th Battalion, Royal Highlanders of Canada. As most readers will know, LCpl Fisher was the Regiment’s first Victoria Cross recipient during the Great War and was in fact the first Canadian-born soldier to be awarded the VC while serving with a Canadian Army unit. A machine gunner with his battalion, LCpl Fisher was awarded the VC posthumously for his actions during the 2nd Battle of Ypres in the spring of 1915. The painting, which was commissioned by the soldier’s family, was executed by noted Canadian painter George Horne Russell and was presented to Westmount High School, Fisher’s Alma Mater, by his mother. Most recently, the painting had been hanging in the school’s library. We are pleased to accept this most significant painting, on a one year loan with the possibility of renewal. It will most certainly become a central exhibit in the museum’s WWI gallery when we re-open this fall. We are grateful to Mr. Michael Cristofaro, Westmount High School’s principal, for taking the initiative to think of us and for organizing the loan.

Over and above the processing of accessions and the organizing of Phase One of the museum redevelopment project, we have kept extremely busy supporting various regimental functions such as the Highland Dinner in February and supporting various projects being undertaken from coast to coast to celebrate the 150th Anniversary of the Black Watch of Canada. One such project in which the Museum and Archives has been extremely implicated is the commemorative stamp being prepared by Canada Post. This stamp, which is scheduled for release this Fall, should be available at Canada Post outlets from countrywide. Of course, we have also continued to provide archival and research support to LCol Roman Jarymowycz, OMM, CD the author of the forthcoming updated Regimental History.

Furthermore, Mr. Earl Chapman, volunteer historian with the Regimental Museum and Archives, has been very hard at work finalizing another new publication titled Canada’s Black Watch, 1862-2012: Legacies of Gallantry and Service. This will be a coffee table style book that will look at nearly fifty of the most...