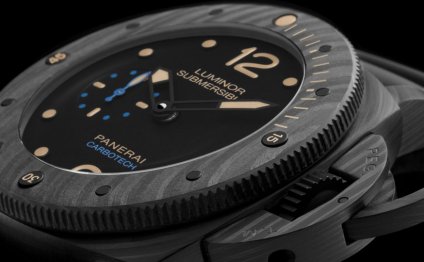 Three weeks into 2015, the year in watches is suddenly — and emphatically — underway. This week in Geneva is the Salon Internationale de haute horlogerie, the first big watch trade show of the year which will reveal new models from brands like IWC, Panerai, Lange, Montblanc, Ralph Lauren, and Baume & Mercier. AskMen is at the show, where we are being hosted by the Richemont group (the parent company of the participating brands). We'll be posting the best new watches here as we come across them, so check in regularly for new updates.

Here are some of the highlights of we've seen so far, organized by watch brand.

IWC are typically the stars of the show at SIHH: they have the biggest booth, they host the hottest party, and all the celebs in attendance want to hang out with them. This year they've further heightened their allure by relaunching one of their most popular models lines: the Portugese (now renamed the "Portugeiser"). The perpetual calendar in the model line features a double moon phase that shows you where the moon is in both the northern and southern hemispheres.
And they've revealed this extremely attractive 75th anniversary edition.

The historically elegant brand brought a new avant-garde dimension to their new collection by pursuing an astronomical theme. The Master Calendar that you see pictured on the bottom left has a dial made out of meteorite stone. Wear it and you can honestly say that you have a an 800, 000-year-old rock on your wrist. On the right is the Master Ultra Thin, one of their best sellers that they are now offering with a black dial.

Most of the chatter around Panerai at SIHH has to do with the new ultra strong and ultralight material that they created, called Carbotech. What I was most struck by, however, was this "Equation of Time" function that is showcased in their new Luminor 1950 model. This function tracks the discrepancy between solar time (the time you read on a sundial) and mean solar time (the time you read on your wrist). There are four days in the year when those two times match up; on those days the counter that you see at the bottom of the dial will rest at 0.

Here's what I'm wearing throughout the week: the Automotive Chronograph from relatively-new watch producer Ralph Lauren. Mr. Lauren is a car nut and this model speaks directly to that; the handmade wood surrounding the dial is his shout-out to the wooden dashboard of the 1938 Bugatti Atlantic. On the inside is a certified chronometer. This is a serious watch (and a seriously big one, at 45 millimeters).

One of the more avant-garde brands at the show, Greubel Forsey introduced four new models this year. This one is particularly remarkable. The GMT Black "officially" tracks two time zones, but it's actually something of a world timer in that the globe embedded it in rotates in tandem with the real world.

Montblanc made an enormously positive impression at SIHH last year by introducing their Heritage models, a line of great value watches priced ideally for beginner collectors. This year they have further expanded their affordable offerings; among them are these 38-mm, 5.8-mm high Heritage Ultra Thins. The stainless steel version (seen in the foreground in this photo) is priced, amazingly, at $2, 200.

The closest thing to a smartwatch at SIHH is Montblanc's "smartstrap"; an optional, $300 add-on to their TimeWalker chronograph model. The smartstrap offers seven functions, including email and an activity tracker. With a normal strap, the watch is priced at $5, 100.

With the release of the Apple watch looming, you'd think that watchmakers would be anxious, but smart watches are barely part of the conversation here. There is, however, plenty of talk about the Swiss currency revaluation and the impact it may have on Swiss exports. How could it affect you? Well if you are thinking of buying a Swiss-made watch this year, you may want to do so sooner than later.

Watch nerds worldwide drool over Audemars Piguet's iconic Royal Oak models, so this new vintage-looking two-tone model has induced a lot of such drooling here at SIHH. The two tones are stainless steel and rose gold.

The coolest thing we saw at the booth of ultra-high-end brand Richard Mille was actually encased in one of their women's models. The quality on this video isn't great, but if you look at the bottom left-hand corner of the watch you can see a flower (made of white gold) that opens every five minutes to reveal a flying tourbillon. Tremendously expensive at just over $1 million.
Source: www.askmen.com

If you were wondering which are the best Breitling Navitimer watches manufactured until now, you’re in the right place. Because…